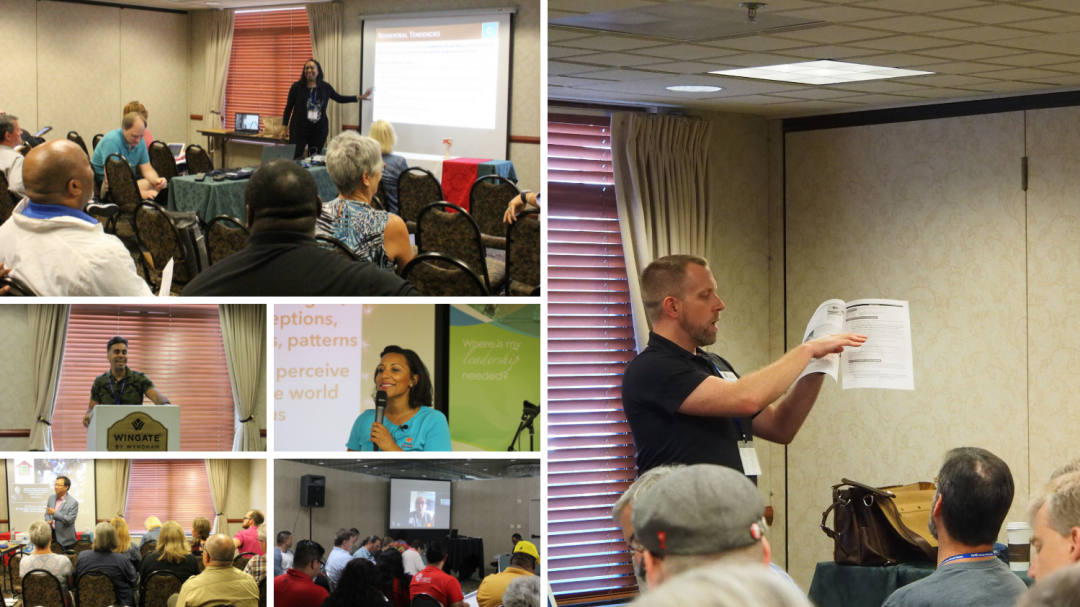 Leadership Academy‘s speakers address missional transformation inclusive of every stage of leadership and congregational vitality during their DOCTalks. Next year’s event is scheduled to take place from September 27 to September 29, 2022.

Rev. Lorenzo Lebrija, Founding Director of TryTank, an experimental laboratory for church growth and innovation. He studied at the General Theological Seminary in New York City where he earned his Master of Divinity degree. Prior to launching TryTank, Lorenzo was the Chief Development Officer for the Episcopal Diocese of Los Angeles. He has been a frequent speaker at community events, including Leadership Academy, to groups on development, community involvement, the arts, business strategy, and marketing. Lorenzo spoke about ministry innovation.

Rev. Dr. Eun Strawser, co-vocational church planter and physician in Honolulu, HI. Born in Seoul, South Korea and raised in West Philadelphia, she was trained and practiced at the University of Pennsylvania and as a Fulbright Scholar at the University of Dar es Salaam, Tanzania. Eun currently lives in Honolulu, where she’s surrounded by her church, “Ma Ke Alo o“, a people of Presence, which includes her red-bearded husband and their three, seriously, amazing children. Ma Ke Alo o is a family of multiplied missional communities that disciples committed people of presence in their locally rooted places. Eun spoke about Disciple-making.

Rev. Dr. Delesslyn Kennebrew, Regional Minister for New and Transforming Churches in the Christian Church (Disciples of Christ) of Greater Kansas City. She is no stranger to New Church Ministry, as she has previously been a featured guest, along with her brother, on an episode of New Church Hacks. In Delesslyn’s role in the Greater Kansas City Region, she walks alongside Disciples as they plant new churches in new ways and helps congregations transform for mission, witness, and ministry in the 21st Century. She led our Commissioning Service.