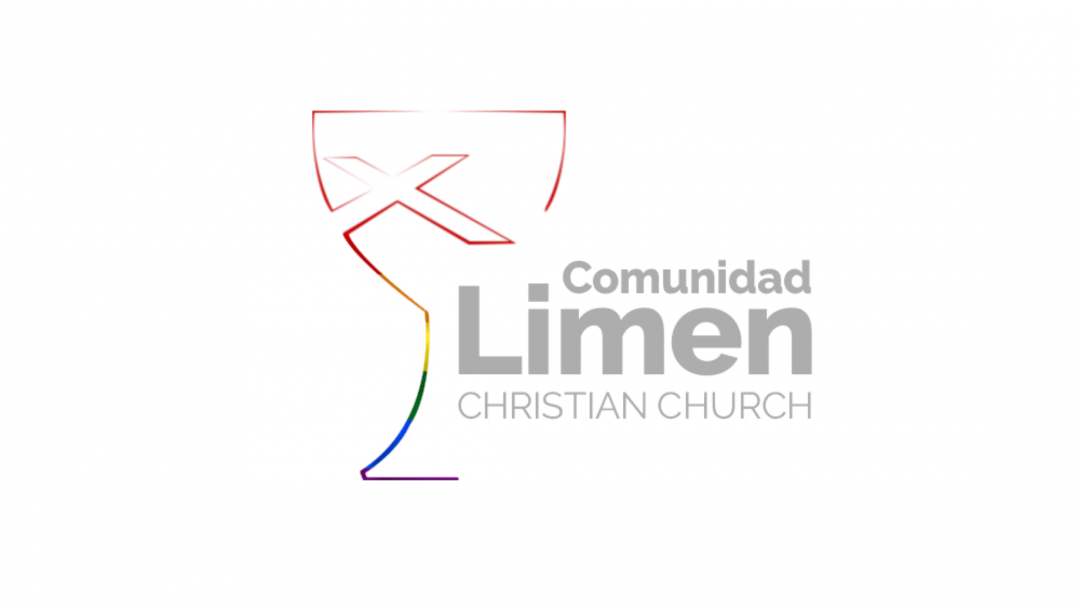 Finding faith and community in the margins with Comunidad Limen

“Have you seen the movie Luca?”

Rev. Pedro Ramos Goycolea, the pastor of Comunidad Limen Christian Church, was trying to find the right words that would describe the ministry of his emerging community of faith. As the organizer of the first official Latinx, Spanish-speaking, open and affirming congregation in the Christian Church (Disciples of Christ), he’s often felt compelled to “justify” his theology in the past. And as a father of two young boys, he’s also compelled to watch various animated films.

“Luca is a young merman who can turn into a human. His parents are concerned about him entering the human world because they believe humans will reject their son and fail to understand who he is,” Rev. Pedro continues. “It turns out that his grandmother has been sneaking around and doing this all of her life.”

Without going into too many spoilers, Luca’s grandma assuages his parents’ fear by saying that some humans will accept him, and some won’t, but either way, Luca will just have to live with that reality.

While that’s not your typical source material for organizing a new church, Rev. Pedro describes watching the film as an ah-ha moment.

“I was just blown away when I watched it,” he recalls. “I’m choosing to work with the reality that our younger generations are building, accepting, and creating.”

This reality is one of affirming the identity of young LGBTQ Latinos. Instead of spending his time trying to explain what his faith community is doing for these individuals and their families, he has decided to work with the two or three generations that are waiting for these communities to happen.

“Younger generations are deconstructed already. TikTok has done the job for us,” laughs Rev. Pedro. “There’s just so much information out there, folks can just listen to Martin Luther King instead of me!”

For this Tucson, AZ place of worship, creating a safe space is a piece of deconstruction. While this term, which essentially refers to the process of re-evaluating and interrogating Christian practices, history, and institutions, has recently been mired in controversy, Rev. Pedro views it not as a reductive vision of Christianity, but an amplifying one.

“It’s about understanding different dimensions to faith through deconstructing the limits that place it in boxes,” he goes on to say, “as opposed to open roads to it.”

The roads in his own spiritual journey took Rev. Pedro from Mexico to the United States in 2006, where he launched a Hispanic church in Arizona, then received his M.Div from the Pacific School of Religion in Berkeley, California. After working in New Mexico, Rev. Pedro returned to Arizona, 10 years after he had left.

“I went to a very progressive seminary so when I came back, I was all fired up,” remembers Rev. Pedro, “not knowing what had been happening with those families that were at the first church I started.”

One of those families had two daughters that were eight and 10-years-old when he went away for school. Now as teenagers, they are navigating all that comes with young adulthood – including their sexual orientations. While Rev. Pedro acknowledges that he is a cis-gender, heterosexual man, he can empathize with the experiences of rejection that many queer youths face in religious spaces.

“When my parents separated, I basically became the son of a single mom, and we didn’t contribute much financially to the church,” he reveals. “Because I was so passionate about church, I tried to bring my talents and gifts, but it didn’t matter to the leadership, they still rejected me. I was deeply hurt. I don’t want people to connect with God in that way because God is the total opposite of that.”

That’s why Rev. Pedro thinks of Comunidad Limen CC as a movement, and not as an institutionalized spirituality. According to him, it’s not a church for everybody: the good news that’s going to come out of that space is going to be good news for those who need to hear it. He’s aware that a lot of folks are just going to stick to existing structures – Comunidad Limen needs to be a movement that’s accessible outside of those structures.

So in January 2020, Rev. Pedro and his core team had their first official meeting, determined to start this movement. And like so many faith communities at that time, they had to stop their in-person meetings the following month. Yet they were unfazed – the movement would simply take place online. They soon reached out to the Arizona region, which enthusiastically welcomed Comunidad Limen and connected it with New Church Ministry, a general ministry that has provided Rev. Pedro with educational opportunities such as Leadership Academy.

For a while, congregants worshiped together on Zoom, but these meetings became unreliable due to a combination of factors, zoom exhaustion, poor connection speeds and/or lack of access to a laptop. So Comunidad Limen started uploading content to different social media platforms (YouTube, TikTok, Facebook, Instagram), where viewers could watch videos or review posts on their own time. The Comunidad Limen podcast has been one of its most successful ventures. With the easing of pandemic restrictions, Comunidad Limen began meeting in person again, but it doesn’t occupy a permanent building. Instead, it uses the facilities of local church communities at different times on different days.

“When we talk about essential workers, that’s the Latino community – folks that don’t stop working, no matter if there is a pandemic. We are the ones who don’t stop cleaning, cooking food, and making deliveries because society needs to keep going,” says Rev. Pedro. “So when you ask folks to come and meet you at a time and place, it’s a burden for them.”

After all, Comunidad Limen was started out of a need from the bilingual Latino community to connect during the pandemic because its members were isolated in their homes. They no longer had access to the spaces where Spanish language Bible studies were held, that taught theologies that spoke to them. In fact, Comunidad Limen’s name refers to the fact that it always stays in liminal space, in what Rev. Pedro calls the “in between-ness of being.”

Comunidad Limen was also created to provide safe spaces of affirmation and welcoming for a community that is oftentimes marginalized – progressive Christian Latinos.

“There’s a desire for a graceful faith that welcomes all the diversity within the community. When I asked my core group of leaders to join me in starting this church, they responded, ‘we thought you would never ask,’” Rev. Pedro says, “because people love to gather in community, to celebrate it, and to worship a God that gives you freedom, that liberates you.”

Despite this, he has found that when many LGBTQ families in the Latino community attend worship, they hear something judgmental about people that they love, such as their children, grandchildren, and even themselves. Comunidad Limen is a place where they are safe from experiencing any of that and can hear about a God of love, a God of welcome.

That is certainly true for the families that attended Rev. Pedro’s Sahuarita congregation 15 years ago, who are the same families that are attending his Tucson one. It’s true for folks in Mexico or in California who are now having intimate conversations about their faith, or for the grandparents who tearfully told Rev. Pedro that Comunidad Limen was the first church they’d heard about where everyone’s identity is valid.

To that end, Comunidad Limen’s leadership is working with Alliance Q to expand its Familias Incluyentes ministry, where LGBTQ families share their stories with one another online, across the U.S.

“We found that a lot of the families in our community have never had a safe space to share their struggles and joys,” Rev. Pedro discloses, “without someone like a family member or friend judging.”

But even though many of the interactions among Comunidad Limen’s members are virtual, the church does conduct its ministry right on the Arizona-Mexico border and Rev. Pedro is keenly aware of what that means for his community, many members of which are immigrants.

“Our bodies never leave this space of liminality. Our faith doesn’t either. Our last names are hyphenated, our identity as Mexican-Americans is always hyphenated,” he muses. “The same thing happens in our faith journeys.”

While he describes this latest destination on his own journey as “practicing bold faith,” Rev. Pedro is also simply providing something that has been denied to so many queer Latino families – a place of worship where they and their children are welcomed with open arms, where their faith and orientations aren’t viewed as incongruous, and where they can feel liberated and loved.

“Creating a community based on love and grace takes longer, but it’s harder to break apart,” finishes Rev. Pedro. “And that’s what we’re experiencing here.”

To support congregations like Comunidad Limen, contribute to the Pentecost Offering, which is received in most congregations on May 29 and June 5. Half of the gifts made go to regional new church development and the other half goes to New Church Ministry, which trains, equips, assists, and multiplies emerging faith communities and their leaders.